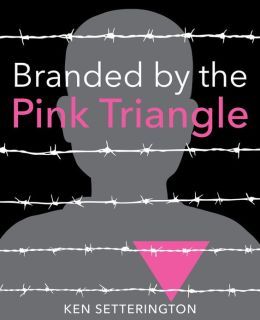 Branded by the Pink Triangle

Before the rise of the Nazi party, Germany, especially Berlin, was one of the most tolerant places for homosexuals in the world. Activists such as Thomas Mann and Albert Einstein campaigned openly for the rights of gay men and women and tried to repeal the law against homosexuality. But that all changed when the Nazis came to power; existence for gay people became fear-filled. Raids, arrests, prison sentences and expulsions became the daily reality. When the concentration camps were built, homosexuals were imprisoned along with Jews and any other groups the Nazis wanted to suppress.
The pink triangle sewn onto prison uniforms became the symbol of the persecution of homosexuals, a persecution that would continue for many years after the war. A mix of historical research, first-person accounts and individual stories brings this time to life for young readers. Stories of bravery in the face of inhuman cruelty, friendship found in the depths of despair in the camps and the perseverance of the human spirit will educate and inspire.