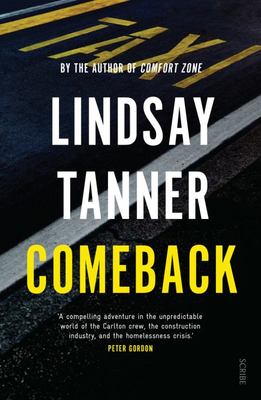 Jack van Duyn, who was introduced in Comfort Zone, is a Melbourne tax-driver in his mid-fifties, living alone in a dingy Brunswick flat, and going to seed. He?s settled into a drab existence of little money, few friends, and no prospects. He?s still recovering from weeks of turmoil triggered by his infatuation with beautiful Somali refugee Farhia, and the bitter conflict with drug dealers, spies, and thugs that ensued. However, Jack?s return to normality is short-lived. He?s about to be hurtled into a vicious power struggle involving crooked property developers, angry unionists, and a deranged stalker from his past. Before he knows it, his world is starting to unravel, and he?s running for his life ...