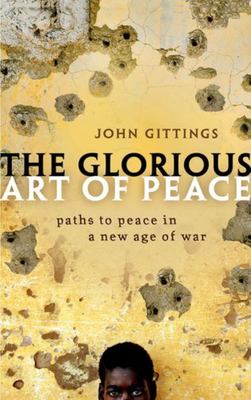 Human progress and prosperity depend on a peaceful environment, and most people have always sought to live in peace, yet our perception of the past is dominated too often by a narrative that is obsessed with war. In this ground breaking study, former Guardian journalist John Gittings demolishes the myth that peace is dull and that war is in our genes, and opens an alternative window on history to show the strength of the case for peace which has been argued from ancient times onwards.

Beginning with a new analysis of the treatment of peace in Homer's Iliad, he explores the powerful arguments against war made by classical Chinese and Greek thinkers, and by the early Christians. Gittings urges us to pay more attention to Erasmus on the Art of Peace, and less to Machiavelli on the Art of War. The significant shift in Shakespeare's later plays towards a more peace-oriented view is also explored.

Gittings traces the growth of the international movement for peace from the Enlightenment to the present day, and assesses the inspirational role of Tolstoy and Gandhi in advocating non-violence. Bringing the story into the twentieth century, he shows how the League of Nations in spite of its "failure" led to high hopes for a stronger United Nations, but that real chances for peace were missed in the early years of the cold war.

And today, as we approach the centenary of the First World War, Gittings argues that, instead of being obsessed by a new war on terror, we should be focusing our energies on seeking peaceful solutions to the challenges of nuclear proliferation, conflict and extremism, poverty and inequality, and climate change.