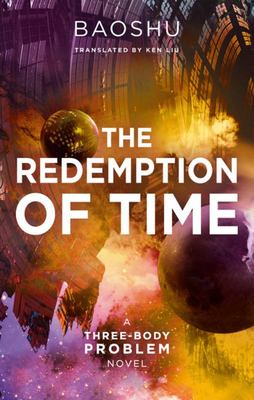 The Redemption of Time

At the end of the fourth year of the Crisis Era, Yun Tianming, riddled with cancer, chose to end his life. His decision was the first step in a journey that would take him to the end of the universe and beyond. His brain was extracted from his body, flash frozen, put aboard a spacecraft and launched on a trajectory that will intercept the Trisolarian First Fleet in a few centuries. It is a desperate plan, almost certain to fail. But there is an infinitesimal chance that one day Tianming may, somehow, be able to send valuable information back to Earth. And so he does. His broadcasts from the Trisolarian fleet reveal the secrets of faster than light propulsion and the ultimate defence of black domains. This is Tianming's story. It reveals what happened to him when he was intercepted by the Trisolarians. It reveals the true nature of the struggle that has created the universal 'dark forest', and the ultimate fate of the Universe...

Baoshu, or 'divine tree', is the pen-name of Li Jun. Baoshu studied philosophy at Peking University and KU Leuven in Belgium. His debut novel The Ruins of Time won the 2014 Chinese Nebula prize.