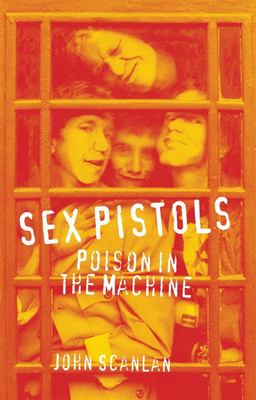 Sex Pistols: Poison in the Machine

The explosive story of the Sex Pistols is now so familiar that the essence of what they represented has been lost in a fog of nostalgia and rock'n'roll cliche. In 1976 the rise of the Sex Pistols was regarded in apocalyptic terms, and the punks as visitors from an unwanted future bringing chaos and confusion. John Scanlan considers the Sex Pistols as the first successful art project of their manager, Malcolm McLaren, a vision born out of radical politics, boredom and his deep and unrelenting talent for perverse opportunism. McLaren deliberately set a collision course with establishments, both conservative and counter-cultural, and succeeded beyond his highest expectations. Scanlan tells the story of how McLaren's project - designed, in any case to fail - foundered on the development of the Pistols into a great rock band and the inconvenient artistic emergence of John Lydon. Moving between London and New York, and with a fascinating cast of delinquents, petty criminals and misfits, Sex Pistols: Poison in the Machine is not just a book about a band.
It is about the times, the ideas, the coincidences and the characters that made punk, that ended with the Sex Pistols - beaten, bloody and overdosed - sensationally self-destructing on stage in San Francisco in January 1978, and that transformed popular culture throughout the world.

John Scanlan is a writer and cultural historian based in Manchester, UK. His previous books for Reaktion include Easy Riders, Rolling Stones: On the Road in America, from Delta Blues to 70s Rock, Memory: Encounters with the Strange and the Familiar and Van Halen: Exuberant California, Zen Rock n roll. "